Lately I have been at odds with the notion of reverie, of being “lost in thought.” I don’t ever want to be lost! But perhaps mindfulness and reverie don’t need to oppose each other.

In this poem by Naomi Shihab Nye one state leads to the other, and each is equally important. Both connect her to herself, to her family, to perseverance.

Wherever you are, friend, persevere. In these trying times, persevere. 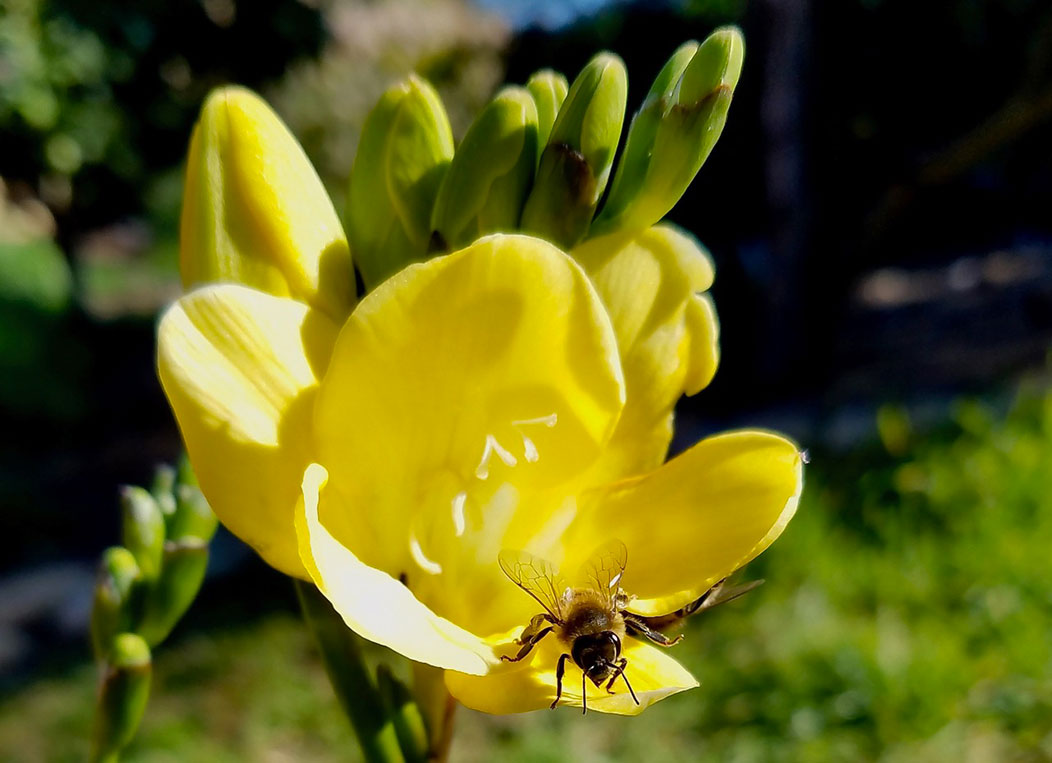 Had not stopped, stooped
to absorb the glory of
many-petalled yellow

Who can help us?
yellow beam
spiral sunshine
Legacy