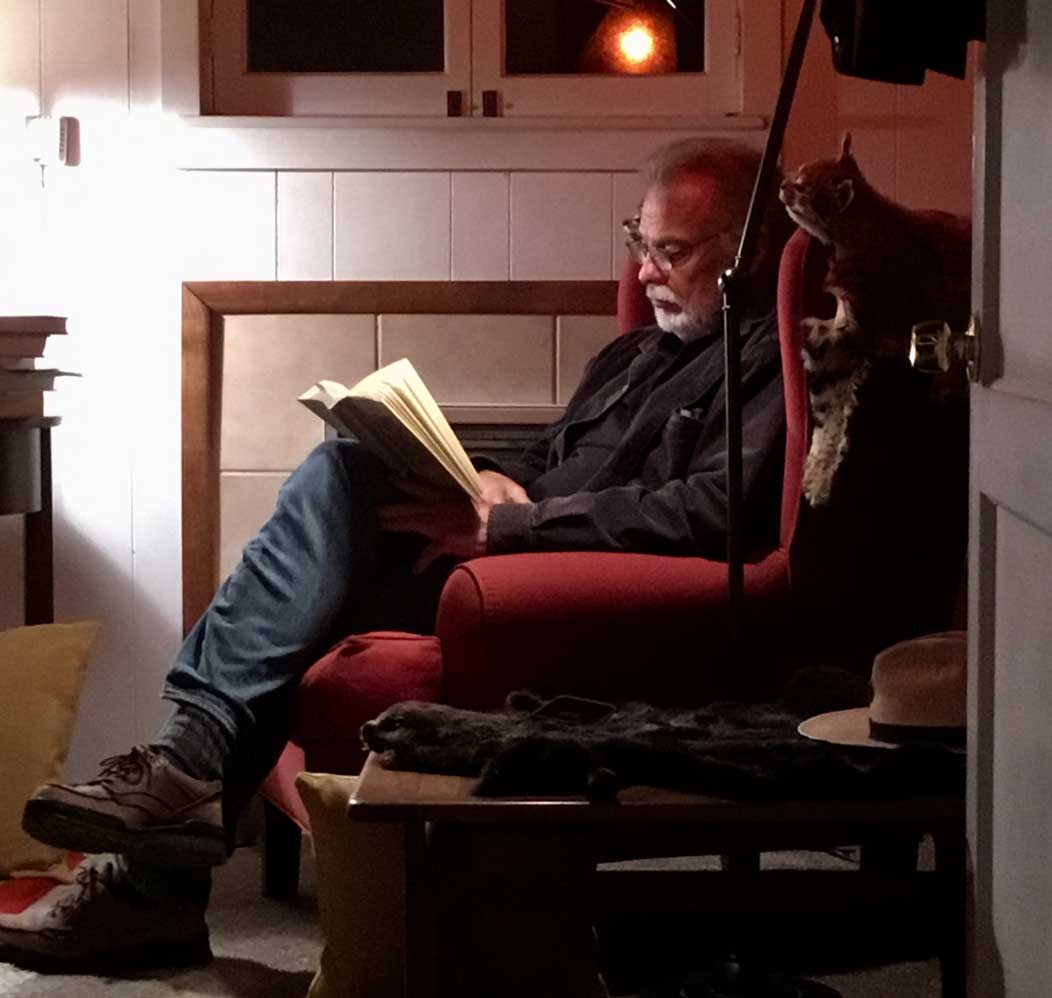 In memory of our beloved Brian Landis, who passed away Friday, February 1 2019. Brian’s photography added such a beautiful visual complement to our poems for this newsletter and for the upcoming Solo Novo. He will be missed greatly. Gate Gate Paragate Parasam Gate.

Family histories are — like life itself — complicated. Tragedy and strength intermingle in this one.

Tante Luschi the Viennese Dame
was just Jewish enough.
When the train horn
sounded the name Auschwitz,
she ate her last cherries.

Later she was found on the ground,
the stove’s gas pipe in her hand,
a smile on the lipsticked lips
of her silk-stockinged body;
The last bites of pastry
dried on a plate.

II. The Aunt from Iraq

She was a refugee
allowed one suitcase
and one hand free
across the border.

There in the rows of assigned mats,
where no one cared
that she could trace
the family line
direct to the Prophet,
she took her wedding sheets out,
still smelling of pre-war laundry,
unfolded and smoothed them
with her brown, gold-banded hand.

She pinned the foto of her husband
on the one-half of the pillow;
his body was left behind near the family home,
In the Nineveh mounds.

That nobility, that Sharifa then laid down,
facing his empty space and into the future
not knowing where on God’s cue
her next home would be.